Upon the organization of the Rationalists of East Tennessee, the city of Knoxville considered the intellectual capacity of the local populace to be maximized. According to sources, the city just could not possibly get any more intelligent.

This past Friday, a new group has organized in Knoxville that consists of members even smarter than the rationalists. The Hyloths of Greater Knoxville, organized by Jonathon Matterhorn, are expected to give the rationalists a run for their money. City officials are pleased that they were wrong this time, and that Knoxville apparently can get smarter.

“A hyloth doesn’t give a crap what anybody else thinks, not even a rationalist, because we are too consumed in personal enlightenment,” said Matterhorn. “We are strong in our lack of faith and we have no spirits to ever get low. You can’t touch us.”

Hylotheism is based on a belief that matter is god, and there is no god except matter and the universe. It is also rooted in materialism and personal gain. With no societal inhibitions, they should be a strong force in the Knoxville area. The group already has seven members, which is at least half what the rationalists have.

No rationalist was available for comment, but sources say they are scrambling their war party, or at least scripting a well thought-out article for their weekly Metro Pulse column. One source stated that the head rationalist, Ben Hurley, was reviewing their contract with Metro Pulse to see if other secular human groups are allowed to compete over column inches with them. A Metro Pulse spokesman stated that alternative views are always welcome, as long as the views are not traditional.

Knoxville’s homeless to be known as ‘Free-range citizens’ 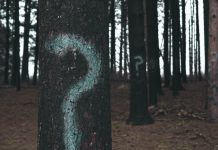