AÂ new studyÂ shows that low IQ is linked to conservative beliefs and prejudice.Â Those with the lowest IQs tend to make poor public decisions that are harmful to those around them. This activity is being called the ‘Campfield Quotient’ and has a sliding scale that can be used to predict the likelihood of potentially harmful outbursts ranging from lynching to simple public insults of those that don’t share a lifestyle or belief system.

There’s no nice way to say it, but those who are prejudiced or racist, have an excuse…they’re simply dumb. 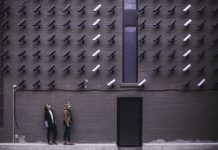 KFAR lobbies a return to airwaves and expansion of services