Easter fun turned ugly this weekend in Knoxville, when a bunny attacked Mayor Ragsdale during preparations for an Easter egg hunt at World’s Fair Park. Although officials do not believe that the Easter bunny himself was involved in the actual attack, he has been becoming increasingly vocal over the past few years regarding his distaste for ‘unsanctioned’ egg hunts. Through his rhetoric, he has caused the bunnies to rise to action.

Soon after the attack, a large number of angry Knoxvillians scoured the downtown region and slaughtered dozens of bunnies. Rather than senseless killings, Mayor Haslam has called for the safe capture of any suspicious bunnies. Mayor Haslam stated, ‘I understand your anger, and feel like kicking a few rabbits myself right now. But we cannot afford to let this get out of hand. Harm cannot befall the Easter bunny while there is still a chance at peaceful resolution. He just wants to be heard.”

Doctors expect Mayor Ragsdale to recover from the attack and serve his next term as County Mayor. He was rushed via Lifestar to to UT Medical Center and treated for scratches and an over-indulgence of chocolate. 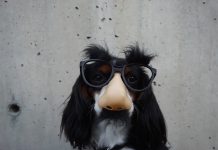 Board and lumber sales spike among democrats as election nears

Hillary attempts to connect with people