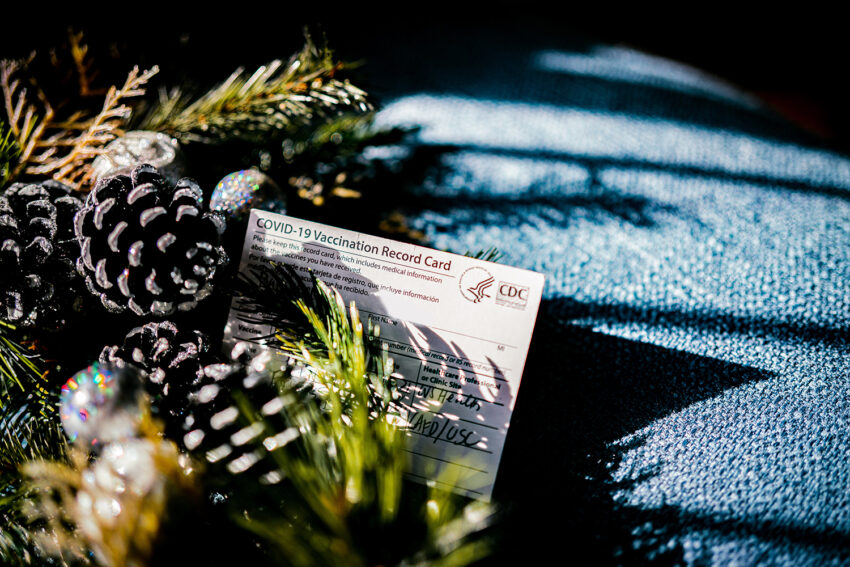 The Watsons were excited. They were attending their first concert since the COVID-19 lockdowns expired. Around two weeks before the date of the show, the venue changed their rules to require either vaccination cards or a negative COVID test to attend.

With four kids, attending any sort of public event is already stressful. The Watsons prefer to eat at places like Texas Roadhouse. There, the other louder, more irritating guests mask the annoying Watson kids. The new rule meant that in addition to getting to the concert on time, they had to schedule tests.

They were not vaccinated. The Watsons are very healthy, moderately young people who rarely get sick and when they do get sick, the symptoms are always mild. Except for the sushi incident that nobody will talk about. They also don’t talk about that time Door Dash delivered Taco Bell. Other than that, even when they get the flu it barely registers. They weren’t getting vaccinated just to attend a concert.

So they got tested. The tests came back positive. Shock set in.

Since they had no symptoms, they assumed they’d just been exposed to the virus and thus settled into a long fall lockdown. During this lockdown, they looked forward to such activities as watching television and twiddling their thumbs.

Each day, they not only expected symptoms or death, but thy even braced themselves for it.

“COVID has a 99% survival rate. Just over 40% of folks show no symptoms at all. We didn’t know what to expect,” explained Sheila Watson. “We were certain that death or a runny nose was imminent. At the very least, we assumed we weren’t going to taste stuff for a week. And that would probably be followed by complications and death. And any elderly people we’d met within the last 5 years would also die.”

“After around the 7th day, every time we felt a little odd, or coughed, or sniffled, or sneezed, we were like ‘A-HA! Here it is!’ but it never materialized,” explained Mike. “Not a single one of us developed a symptom or a complication or even died.”

By the end of their quarantine period, none of the six family members ever developed a symptom or died.

“We were totally confused,” explained Sheila. “We had six different tests come back positive, using different machines and techniques, so there is no way it was a false positive. Yet not one of us even died or went to the hospital. We were assured by Facebook and Biden that we were surely going to die a slow painful death, but it never happened. This changes everything.”

These days, the family is back to pre-quarantine life, including buying steaks at Walmart and eating Mexican food. But they are bracing themselves for the certain death that Omicron will bring. “We KNOW this one is bad. We read that it’s almost as bad as the common cold,” explained Mike.