Home Politics Election “Rent Is Too Damn High” guy wins Knoxville mayoral debate
Facebook
Twitter
Pinterest
WhatsApp
After relocating to Knoxville from New York, reportedly due to the rent being too damn high, former New York gubernatorial candidate Jimmy McMillan decided late Thursday to run for mayor of Knoxville. “I heard about the debate, and decided I’d throw in my voice,” he explained. “There are lots of things in Knoxville that are too damn high. Rent and gas prices. That big gold ball, and that basketball thing. My next door neighbor.” His surprise appearance at the mayoral debate threw the other candidates off their game, and they didn’t have a chance to compete. An exit poll showed that McMillan was favored 5-1 as the overall debate winner. His campaign is expected to formally organize today. 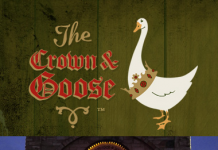 Fraternal Order of Eagles surprised by applications from Chicken Hawks