Anonymous sources have confirmed that, if chosen as the Republican nominee for President, Mitt Romney will name Hillary Clinton as his VP running mate.Â  “The implications of this move are astounding,” explained Republican strategist Burt Elefante.Â  In order to secure Ms. Clinton on the ticket, Romney had to promise there was at least an 80% chance he wouldn’t survive his first term. 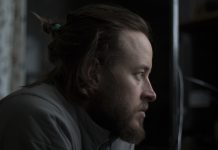 University of Tennessee receives $1 million refund for overpayment to Coach...

Mob related deaths on the decrease in Knoxville