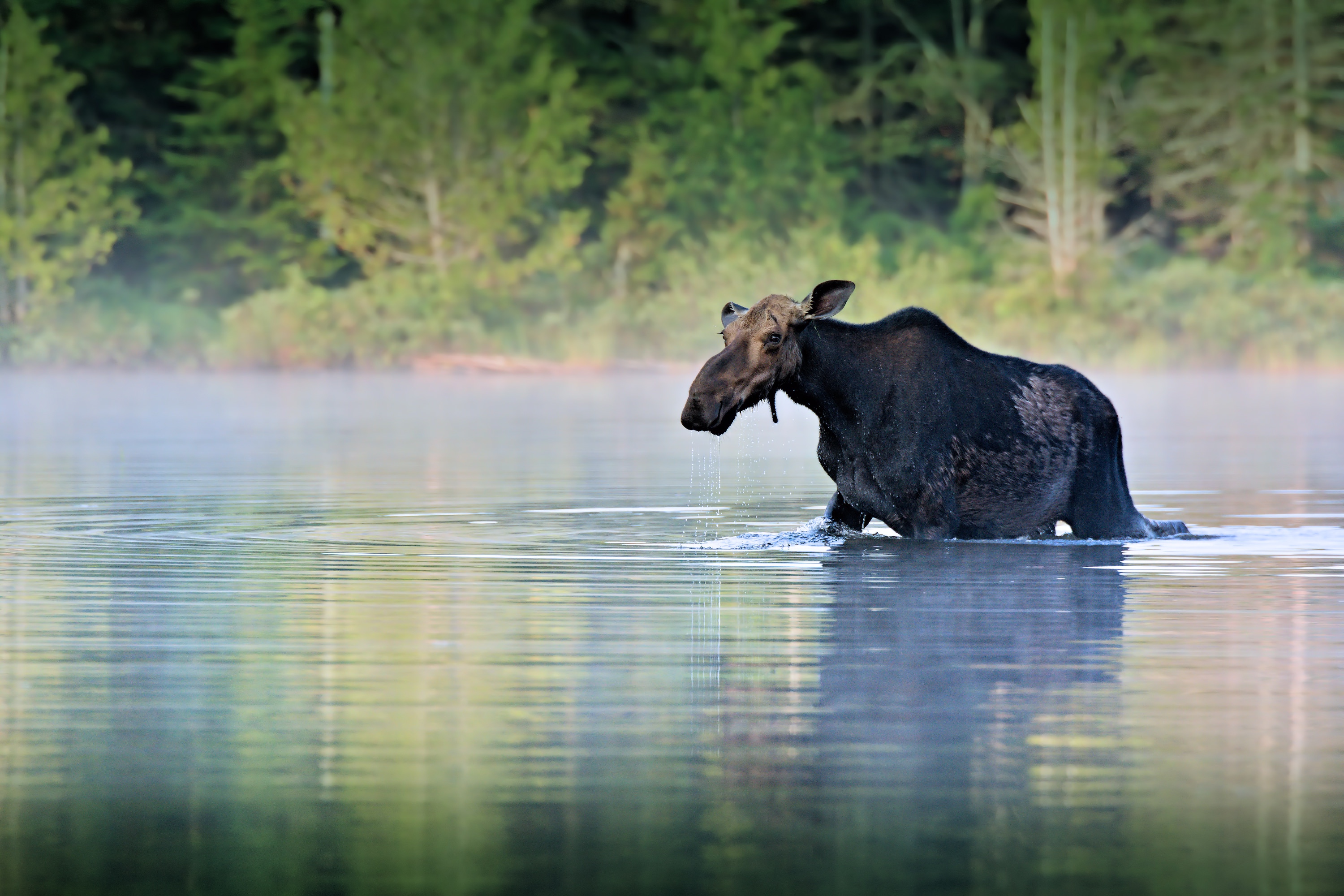 Many moose are becoming more and more frustrated with long cold winters presented to them in the northern areas of the continent. They are attracted to the mild southern climates, in areas where there are still mountain ranges, snowfall, and joggers to maul, but also milder winters, daily sunset and sunrise, and summer days.

East Tennessee is rapidly growing its position as a popular moose relocation destination. According to naturalist Bev Scarboro, the moose population in Knox County alone has doubled in the past six months.

Although naturalists are thrilled, several area special interest groups are upset. The Knoxville Coalition of Golf Course Pond Maintenance Crews has filed a complaint with Tennessee wildlife management authorities because moose are attracted to the warm shallow ponds common to most golf courses. “Moose become testy when a stray golf ball whacks them across the antlers,” said spokesperson Arny Fleishman. “The moose chase golfers away or try to maul them. If that isn’t enough, they disturb the pond’s pristine shape and offset the chemical balance with their dung.”

Another group concerned with an increase in the moose population is the Knoxille Track Club. Spokesperson Bob Runsalot said, “We hear about joggers getting mauled in downtown Anchorage all the time. How soon before that happens here?”

Contrary to popular opinion, moose are not anything at all like Bulwinkle. They are big, really big. Some have even been photographed from space. And like most northerners, they do not like southerners, they just want to move in and take over.

A herd of moose was recently seen around Sharp’s Ridge, peacefully grazing in the backyard of Junior Bates. “I seen ’em out younder, eatin my mamma’s rose bushes. I was plenty skeert, but stood my ground until they left on up the ridge,” said Bates.

Fortunately, most of the moose are migrating on over to the Appalachian Moutains. Asheville is apparently even more popular than Knoxville for relocating moose. There are several moose families living around Cades Cove, but they do not seem to be displacing deer or groundhogs.

The stance of area wildlife management agencies is to “wait and see” what happens. “You never can tell with a moose. Sometimes they pass on through, sometimes they linger,” said ranger Lou Stevenson.